Are you facing federal charges? 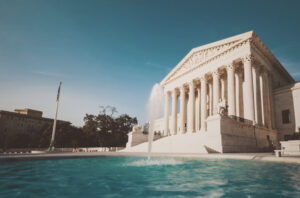 Federal criminal charges are taken seriously and punished severely. They are an extremely difficult thing to face. Sentencing and fines are much worse than on the state level.

Have you been charged with a federal crime? Are you under investigation by a federal agency? You need the skilled legal counsel of a federal defense attorney in Wagoner.

It can be hard to understand if your charges are federal and, if so, when your case will go federal. You may think that the charges against you aren’t too serious, but then you may find out that they are actually federal offenses. If you’re worried this could happen, contact the attorneys at Wirth Law Office – Wagoner.

What types of federal crimes are there?

In order for a crime to be considered federal, it must affect interstate commerce. This could happen in a number of ways, including travel or communication across state lines.

A crime that may have been charged on the state level becomes federal if it is committed in any part in at least two states. For example, if someone goes to Kansas to buy supplies to build a bomb and then assembles the bomb in Oklahoma, that is a federal crime.

A Note on McGirt

Following the July 2020 Supreme Court decision in McGirt v Oklahoma, the state of Oklahoma no longer has jurisdiction to prosecute crimes committed by or against Indians on tribal land.

Misdemeanors of this kind will be handled by tribal courts. Felonies, however, have the potential to go federal. Sometimes the tribal courts get to decide whether to give the case to the federal government, and sometimes it gets taken from them.

The seven crimes listed in the Major Crimes Act of 1885 are murder, manslaughter, rape, assault with intent to kill, arson, burglary, and larceny. Felonies involving these crimes are likely to go federal because of McGirt.

If you are facing charges for a crime committed on tribal land, and you or your alleged victim(s) are Indian, you should talk with an Okmulgee federal defense attorney immediately.

What are you up against?

By the time you are arrested or charged with a federal crime, someone has invested a lot of time and money into investigating you. Federal agents make sure to gather a lot of evidence before they act on their suspicions. This means a case has already been built against you, and you need a strong federal defense attorney to defend you.

When it comes to federal prosecutors, it’s important to understand that they have virtually unlimited resources because they have the U.S. government behind them. They fight to win, and they expect to win.

Think of federal court as being in the Big Leagues. You’re up against the pros, so you need a sharp attorney. You need a federal defense attorney who can get it right the first time. Someone who knows what defenses to use and when. 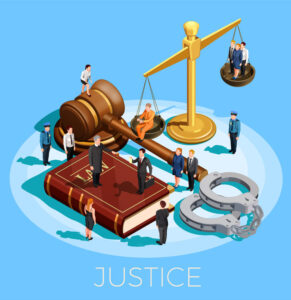 There are many defenses that can be used in your favor in federal court. The sign of a great federal defense attorney is that they know how to use them. Two common defenses are insanity and competency.

The insanity defense questions whether the accused is responsible for their actions. That is determined in part by their ability to comprehend what they’ve done.

For example, let’s say someone is on trial for murder. His defense attorney claims the insanity defense because he asserts that his client didn’t understand what he was doing when he killed the person and is, therefore, not to be held responsible.

The competency defense works a little differently. It doesn’t question whether the accused was competent at the time the crime was committed. It questions whether he is competent enough to stand trial.

If he doesn’t understand what is going on at the trial, he may be deemed unfit to stand trial and face the charges. This goes beyond confusion. Obviously, the law is complicated. Lots of people don’t fully understand what’s happening when they go to court.

However, the competency defense is reserved for people who, at that time, lack the mental capacity to understand the situation. This defense is not guaranteed to get charges dropped. Rather, the proceedings may be postponed until the accused is considered competent.

If you’re being charged with a crime that was allegedly committed in Wagoner county, it could be charged federally in the United States District Court for the Eastern District of Oklahoma. It is located in Muskogee.

Your Wagoner federal defense attorney will represent you in that court, either appearing with you or on your behalf. No matter where you currently reside, the Eastern District Court is where your case will be tried.