Wagoner Lawyer Blog Assault and Battery: What Is the Difference?

Assault and Battery Are Related but Distinct Crimes

Video Transcribed:  I am Stuart Ericson, I am an attorney in Wagoner, talking about crime in Oklahoma and criminal cases. And I want to talk about assault, battery, and assault and battery, and there are a lot of different crimes within that.

And so, let’s talk about that and understand that. Assault is the attempt or offer of force. So, it’s not actually hitting somebody, kicking somebody. It’s the threat of it, or the offer of it, like I’m going to strike you that, that would be assault.

So, surprisingly or not, if two people get in the biggest fight ever, and use their fists, and really beat each other up pretty well. And one guy started it, really the only crime he committed is assault and battery, and that carries up to 90 days in the county jail.

So, what makes an assault and battery domestic, is if it’s against a current or former partner, boyfriend, girlfriend, spouse, or some sort of relationship, or a family member. So, that’s what makes A and B domestic. 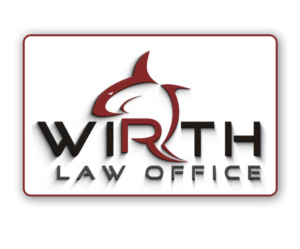 The assault and battery domestic, the first defense, the first time anybody’s ever charged with, it’ll be filed as a misdemeanor and carries up to one year in the county jail.

If a dangerous weapon is used in an assault and battery domestic, say a gun, a knife, or something like that, that ups the punishment to up to 10 years in the Department of Corrections.

Now, there is also just a regular assault and battery with a dangerous weapon, against anybody, a stranger. So, non-family, non-spouse type of thing. And that carries zero to 10. And sometimes prosecutors can get very creative as to what a dangerous weapon is.

It doesn’t necessarily have to be a gun or a knife. It could be any hard object, a rock, threatening somebody with a rock, or hitting them with a rock, which could be a dangerous weapon.

And again, that jumps everything up to a felony, and all of a sudden you have felony charges. So, all the assaults, batteries, assault, and batteries and domestic, are all crimes in Oklahoma that can be charged, and of course, defended against.

Because many victims aren’t always telling the truth. So, that’s why you hire a criminal defense attorney. If you need my help, reach out to wagonerlawyer.com and ask for Stuart Ericson, I am the Wagoner Criminal Defense Attorney.